You may be surprised to find that there is so much nature to be discovered right here in New York City. So on the days you long to breathe deeply, relax completely, and escape the “hustle and bustle” of the big city, here are some places you can visit in New York City, all just a subway ride away. In Part 1 of Discovering Nature in New York City, we will focus on places in Upper Manhattan and the Bronx where one can go to appreciate nature, along with some fun and interesting facts to add to your growing list of New York City trivia.

Central Park is one of the most visited places in all of New York City. It occupies an area of 840 acres  and extends between 59th and 110th streets.

Riverside Park is Manhattan’s most spectacular waterfront park, stretching four miles from 72nd to 158th Streets along the Hudson River.

Beach on the Hudson approximately where 125th street is today.

Located underneath the George Washington Bridge along this treacherous section of the Hudson River once known as Jeffrey’s Hook, this is one of the few surviving lighthouses in New York City and serves as a quaint reminder of the area’s history. 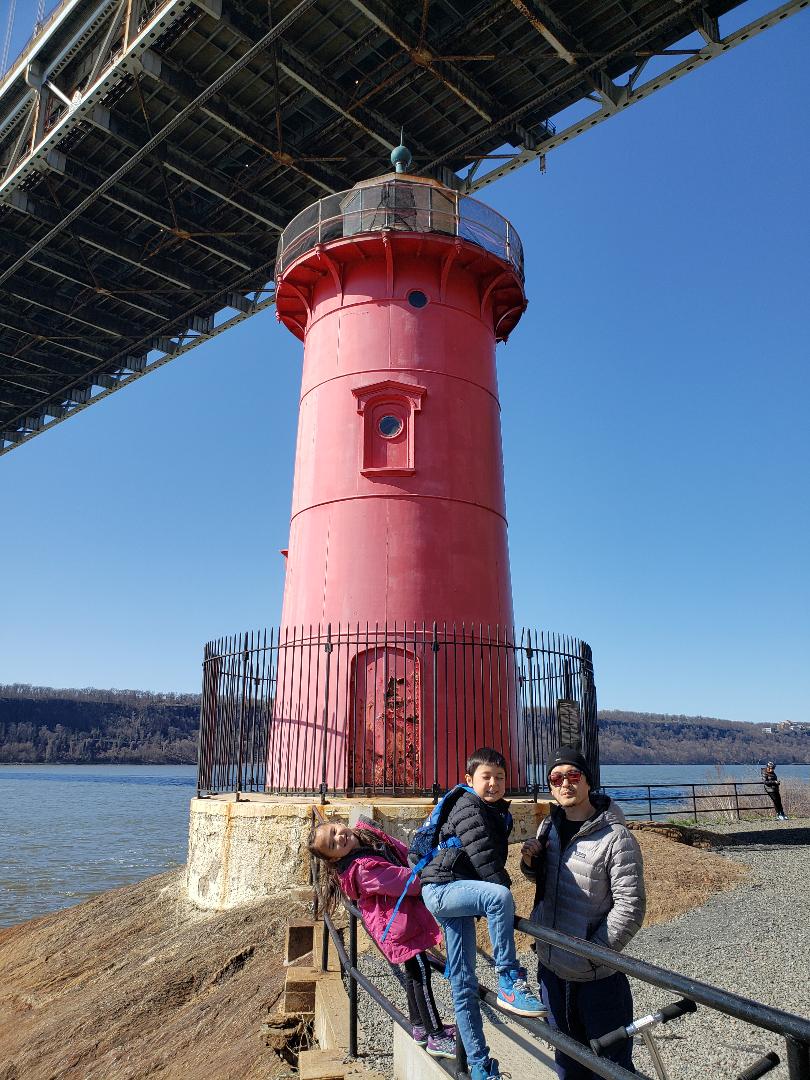 On Jeffrey’s Hook, under the George Washington Bridge, built in 1920.

4- Fort Tryon Park/The Cloisters
(190th-Dyckman St. on the west side)

The Palisades, across the river from Fort Tryon Park.

With its convenient location in the heart of Northern Manhattan, only a few blocks from Columbia University, Riverside Park, St. Nicholas Park, the Apollo Theater, and the northern tip of Central Park, Morningside Park’s grounds make an ideal starting point for wanderings, bike rides, and walking tours.

(connects Manhattan and The Bronx at 190th st)

Highbridge Park is home to a variety of native and exotic forests, and it offers recreational fun that serves as reason enough to visit. The park boasts the city’s first mountain biking course and a world class skatepark. And it’s NYC’s oldest standing bridge!

The “Highbridge” that connects Manhattan and The Bronx is part of the Old Croton Aqueduct that you see in the background of this picture.

In a stunning landscape overlooking the Hudson River and the sheer cliffs of the Palisades, Wave Hill is a beloved public garden, renowned for its classical horticultural craftsmanship and daring design. Art workshops, for example, might take place outside or source material directly from the garden. Concerts are held both indoors and out. And nature-themed weekends, weaving learning with fun, are offered in every season. (https://www.wavehill.org/)

The famous American writer, Mark Twain, and US President, Theodore Roosevelt, both lived there.

How many of these places have you been to? Stay tuned for Part 2: Discovering Nature in Brooklyn! Happy exploring!

View all posts by Manhattan Language